Investment performance – what to look for 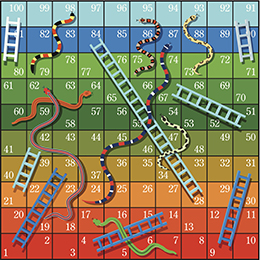 At some stage throughout your working life you or someone else is going to ask this question.

Most often, the first thing you’ll do is check your fund’s investment performance for the answer.

Trouble is, performance comparisons between super funds aren’t always clear-cut – even when you think they are. When looking at investment performance, it’s important you know what to look for.

A super fund that has performed strongly over the long term is a good guide to the investment credentials and strategy of the fund’s trustee. You’re not necessarily looking for the ‘winner’ here; you’re looking for a fund that performs strongly over longer – say 5 and 10 year – time frames.

Agencies like SuperRatings and Chant West are designed to help investors understand the super industry and compare super funds – use them. They’ll publish surveys and lists that show the performance of your super fund relative to many others in the market.

These lists and surveys won’t mean much if you don’t know what you’re invested in, so you’ll need to dig a little deeper.

Know what you’re invested in

When you know this, you’ll know what to look for in a rating or survey. But you’ll need to know the actual product name of your investment option(s) too. Just because your super fund has performed well doesn’t mean it performed well for the product you’re invested in.

In short, look for:

1) A fund that performs strongly – but isn’t necessarily the chart-topper – over a clearly defined long-term period.
2) Lists and surveys of ratings agencies that have done the hard work for you and which can help you measure your fund’s performance.
3) The actual product name of your investment option and other options that have the same asset mix, so you’re getting a true picture of your option’s relative performance.

* Ratings are only one factor to consider when making investment decisions.