Our Technical Team have received numerous enquiries regarding the interpretation of Ingress Protection (IP).

The degree of IP for enclosed equipment is expressed as an IP rating. The levels of protection for the IP ratings are covered in Appendix G of AS/NZS 3000.

The equipment will be labelled with IP followed by two numbers and sometimes an additional letter.

The second number denotes protection against harmful ingress of water.

If a specific degree of protection is not denoted, an ‘X’ is used instead of the numbers.

The additional letter (A to D) when used denotes protection of persons against access to hazardous parts. 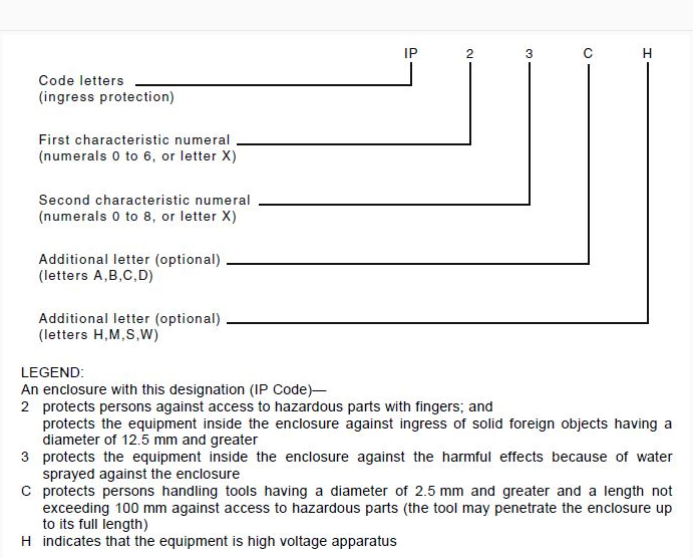