A significant change in the WASIR is in relation to service cable vertical clearances over areas that are not normally accessible to a person, but on which a person can stand.

Previously the clearance was 0.1 metres and clearances in other directions from areas where a person could stand were also 0.1 metres. These clearances have now changed to 2 metres and 1 metre respectively.

These changes have been made to align the document with the current version of AS/NZS 7000:2016 Overhead line design. 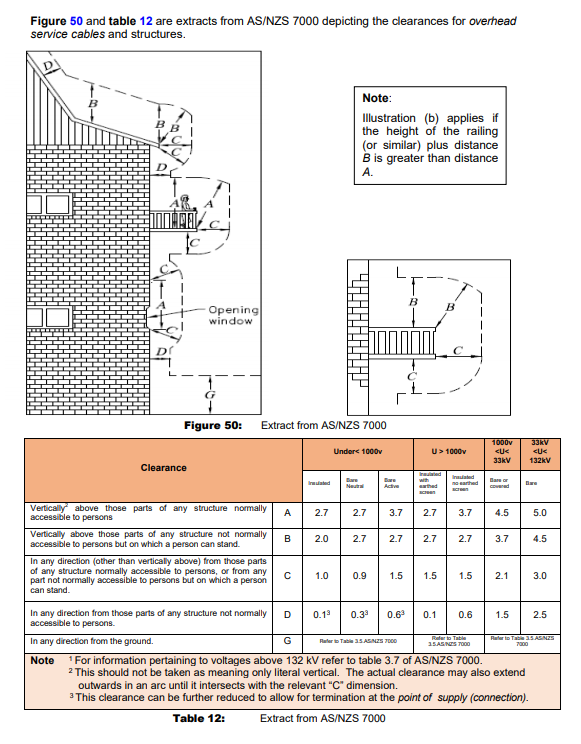